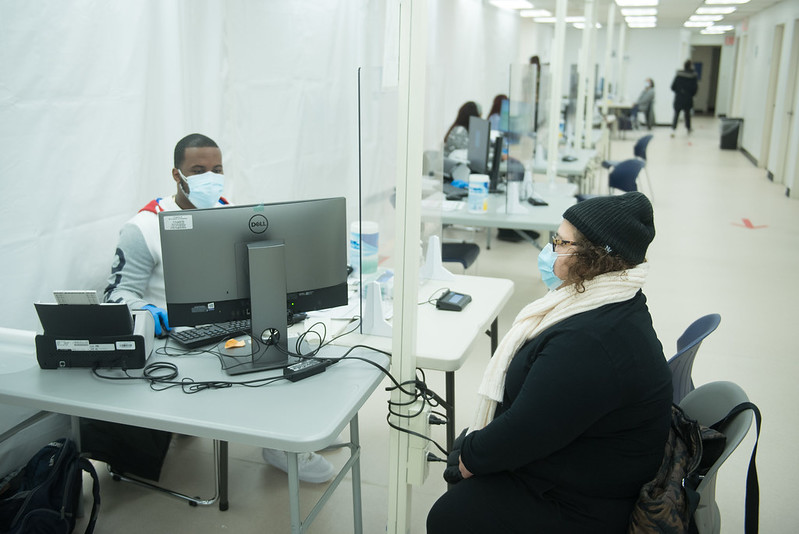 In 2014, New York became the first state to enact a law addressing surprise medical bills. Congress followed suit in 2020 with the No Surprises Act.

Now, as Governor Hochul works to put New York law in line with federal standards, health insurance companies are attempting to co-opt the law with a one-line provision they lobbied for in Hochul’s budget proposal that would put health-care providers at a disadvantage in billing disputes. If approved by the Legislature, this biased proposal would threaten access to life-saving emergency care while boosting health insurers’ already record-breaking profits.

Surprise medical bills, which have long plagued the US health-care system, occur when a patient receives care from an out-of-network physician, usually in an emergency room or in an outpatient setting where the patient was unaware that the attending physician was out-of-network, and the insurer refuses to pay.

For years, surprise bills placed a heavy burden on American families, leaving them to cover the entire cost of emergency care as insurers collected increasing premiums. By implementing a dispute resolution process for out-of-network care, New York’s landmark surprise bill law rightfully ensured that out-of-network billing is resolved between insurers and providers, relieving patients from having to pay for life-saving emergency care out of pocket.

New York’s surprise bill law became the model for the federal No Surprises Act – and for good reason. In the first three years following its implementation, the New York State Department of Financial Services found that the law saved consumers over $ 400,000,000. The process is both fair and accessible, allowing each side to present its best offer to an independent arbitrator who in turn selects the most reasonable proposal. In doing so, the model encourages disputing parties to submit fair claims to the arbitration process while ensuring that neither party has extra influence over the decision.

But the governor’s Executive Budget contains a provision to mandate that dispute resolution arbitrators consider The average payment an insurance company would reimburse in-network providers, also known as the qualifying payment amountor QPA. Expressly mandating inclusion of median reimbursement amounts – which are already permitted for consideration in the existing dispute resolution system – in the arbitration process would provide a significant advantage for the insurer.

If enacted, the inclusion of this amount would lead more physicians to lose out in the dispute process. How so? The insurance company rate is by no means a verifiable market rate charged by physicians day in and day out. Instead, it is reflective of insurance companies’ market power. Using these same metrics, an American Hospital Association survey found that Medicare reimbursement was $ 53.9 billion lower than actual costs. For patients, this formulation would be disastrous, as health-care professionals would be less likely to provide emergency care and other services.

Simply put, these payment cuts would lead many of the affected practices to close their doors. That leaves patients without the care they need. Moreover, this budget language is not required by federal law; in fact, Texas’ Eastern District Court rejected similar provisions shoehorned into regulatory code last month.

Despite this, it is no surprise that insurance companies – ever eager to squeeze more profit out of patients and providers – have identified New York as the next frontier for tipping the dispute resolution scale in their favor. The Legislature has rejected all surprise billing language, both the good and bad, from their one-house proposals, but who knows what will end up in the final budget deal due by April 1.

Health insurance companies are massively profitable and have exploded in value in the last decade. Take, for example, UnitedHealthcare, whose stock was trading at around $ 50 per share in March of 2012; ten years later, UnitedHealthcare’s stock trades at around $ 500 per share. Despite record growth and profits, insurers continue to raise premiums without expanding coverage, increasing the already heavy burden of health-care costs for American families. The new provision in the Executive Budget is a transparent power grab by the industry that would accomplish nothing for patients and providers while feeding insurers’ ever-growing profit margins.

The blockbuster success of insurers in recent years stands in stark contrast to the situation facing many independent medical practices in New York and across the country. When COVID-19 first swept across the country in 2020, and as the Delta and Omicron variants surged last year, health-care providers had to halt elective procedures, losing a key stream of income, while many patients opted to delay or even forgo care entirely. When the federal government allocated aid for hospitals in response to the pandemic, the vast majority of funds went to large hospital systems, with some like Northwell Health receiving upwards of 1 billion. Small, independent providers, on the other hand, have been largely left out to dry by Uncle Sam.

If the new provision being pushed by insurance companies is passed, the impact on independent providers and the communities they serve will be devastating. A dispute resolution process tilted in favor of insurers will drastically reduce revenues for providers – while large hospital systems may be able to absorb such a blow, many small and independent practices could be forced to close their doors, costing important health-care jobs and reducing. the number of options available for patients.

Health insurance companies, it seems, will never be satisfied with record-breaking profits. Always seeking to extract more profit from hard-working New Yorkers, insurers have spared no effort in trying to subvert the state’s surprise bill statute, impact on providers and patients be damned. The question remains: will our leaders stand up to the insurers, or will they be allowed to subvert the law for their own profit?

***
Have an op-ed idea or submission for Gotham Gazette? Email This email address is being protected from spambots. You need JavaScript enabled to view it.